The Weird State of Streaming Services

By Joelgleo August 24, 2017
One of the biggest announcements coming out of Hollywood this past month was that Disney would be ending their deal with Netflix to start their own streaming service. Now, before everyone starts to panic, this isn’t going to take place right away. Disney movies that are on Netflix (including the Marvel and Star Wars movies) will still be there when you get home. Disney movies and shows should still continue to be on Netflix through the end of next year and, depending on how certain deals were written, some even longer than that. (For example, the Marvel Defenders series will remain on Netflix)
But this news about a potential new streaming service drowned out an announcement from another streaming service that happened this past month as well. See So, the comedy based streaming service announced that they would be shutting down at the end of the year.
While most people can name the three big streaming services (Netflix, Amazon, and Hulu) and maybe a handful of others, the fact of the matter is that there are way more streaming services popping up than you can possibly keep track of. If there is a niche out there that you might be interested in, there’s a fair chance you can find a monthly subscription streaming service that might cater to that niche.


Crunchyroll: A streaming service that caters exclusively to anime fans, with possibly the largest library of anime shows legally available on the web.


Filmstruck: This streaming service claims to focus more on critically acclaimed films and backs the claim up by providing access to movies in The Criterion Collection and Turner Classic movie favorites.


Feelin: This one is for romantic movies, the kind you are likely to find in the Hallmark hall of fame lineup.


Viki: Like Cruchyroll, there is anime available through the streaming service Viki, but it also offers Korean Drama and Taiwanese Dramas and Bollywood films as well.


MUBI: This one has a focus on indie and cult movies, but with a unique twist. Every day a movie premiers on MUBI and is available for the next thirty days before it expires.  Which means that every day one movie that has been on the site for thirty days expires as well, and there are always exactly thirty titles available.


Shudder: One of several different streaming sites that focuses on horror movies. (And if you don’t like that one, there’s Screambox, Full Moon Streaming, The Crypt, and plenty of others that are just a google away.


This is seriously just a handful of the streaming subscription services that you can find out there. And that doesn’t even take into consideration that premium channels like HBO, Showtime, and Starz, are starting to offer streaming alternatives to access their content for cord cutters. Even CBS has started CBS All Access, a site where you can not only catch up on current seasons of CBS shows and binge on older shows, but it will be the premiere place to watch the new Star Trek TV show, Star Trek: Discovery later this year.


Hollywood seems to see streaming services as the golden ticket for the future of entertainment. And because of that it seems as though everyone is trying to get in on this streaming idea. Original web shows now aren’t low budget niche series, but are big deals, shows that feature Kevin Spacey, or the first official Star Trek show in over ten years. But each and every one of the streaming services listed costs somewhere between five and fifteen dollars a month. Picking the streaming services you want, you can easily blow past the cable cost you’re supposed to be saving by switching from traditional TV.


Which brings us to See So announcing that they would be shutting down. It’s hard to look at See So and say that they did something wrong. A subscription to See So only cost four dollars a month, one of the cheapest options out there. While they didn’t have major stars in original content, Dan Harmon, Paul F. Tompkins and Upright Citizens Brigade all had original shows exclusive to the streaming service. Plus the channel had a few major scores like every episode of Saturday Night Live up to and including whatever had been on the past Saturday. See So didn’t necessarily fail because it had a bad business model. It’s just that with the onslaught of streaming services that are being put out right now, eventually something has to shut down.


This doesn’t mean that I think Disney is destined to fail because there’s too many streaming services out there. Disney is smart, Disney is powerful, and Disney can throw their weight around if need be. But, there’s rumors starting to circulate that Disney is actually thinking about starting up three different streaming services, one Disney, one Marvel, and one Star Wars, with a possible discount for those who subscribe to all three. While that hasn’t been an official announcement in any way, Disney has said that they are looking at many different options for their upcoming streaming service and nothing is set in stone yet.


You can imagine that the rest of Hollywood is looking at this Disney development with interest. If Disney is a success, don’t be surprised if other major movie studios (Warner Bros., Paramount, etc.) announce that they are working on a studio specific streaming service. If a Marvel focused streaming service does come to fruition, don’t be surprised if Warner Bros. tries to see if it’s possible to pull off the same thing with the DC products they already have. If Disney finds success in the streaming world, they may turn their attention to ESPN, which is owned by Disney, to try and move that content online as well. And all of this content moving away from the major existing services, means that Netflix and Amazon will be doubling down on creating original content in an effort to keep the subscribers they already have. Netflix has already announced that they plan to spend $7 billion on original content in 2018.


Streaming is the wild wild west right now. Everyone is trying to find success, whether by trying to find an unserved niche, or gathering up all of their existing content and trying to take the big players in the game head on. And right now we don’t know how it will shake out. See So has several original series, and right now it’s unclear if those will be sold to a different service or just disappear into the internet void once the service shuts down. Streaming was supposed to be the easy, simple alternative to cable, but right now, it’s anything but simple.
Amazon Brown Sugar crunchyroll disney feelin filmstruck hulu internet Marvel MUBI Netflix Shudder star wars streaming viki

Popular posts from this blog 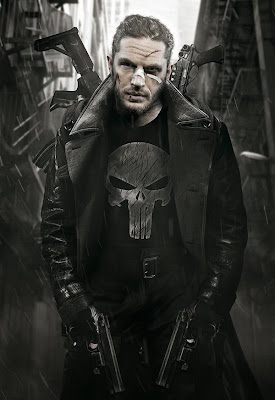 In the past day or two you may have seen something crossing your facebook page or news feed about Tom Hardy looking at playing The Punisher in the Marvel Cinematic Universe. This obviously would cause quite a buzz. The Punisher has been made into a movie three times and three times it has failed to start a Punisher franchise. It would be very exciting for Marvel to look into kickstarting one of their grittier characters and Tom Hardy would be a great casting choice, especially since he's about to star in a big summer blockbuster with Mad Max. But here's the thing. As of right now, Tom Hardy is not up for the role of The Punisher. In fact, Marvel isn't even currently working on a Punisher Franchise. (not one that's been announced at least) all of those stories are stemming from one statement that Tom Hardy made while promoting Mad Max. When the interviewer asked Hardy if there was any comic book character he would like to play Hardy mentioned that he would like to b
Read more

SideShowBob:  How did I finally get to see this?  My grandmother showed up with a bootleg on beta.  It was a type of VCR.  Yes the damn thing even had a remote on a wire like I mentioned in the last article... So what do I remember of the build…  For starters, Roddy Piper spent the full year being a total dick to Mr. T wherever they overlapped.  Sometimes they would show up on each other’s sets.  That’s called cross promotion my friends..  Piper on the stick was pure gold antagonizing T, he even shaved a midget, and we got a boxing match out of it, because you know, Clubber Lang…  Also, Big John Studd and King Kong Bundy teamed up under Bobby The Brain Heenan since the last Wrestlemania..  Which led to Bundy “avalanching” (a splash in the corner) Hogan several times, setting up their steel cage match.  There was going to be the debut Wrestlemania match of Jake the Snake Roberts.  George Steele was chasing another “rookie” Randy Savage and his valet Miss Elizabeth.  George coul
Read more 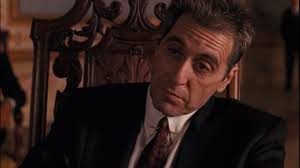 Alexa:  The first two “Godfather” films are classics, but I’ve always heard Part III doesn’t live up to the legacy of the others. Having now seen the movie for myself, I can attest that’s absolutely true. It’s not a bad movie, but it feels distinctly disjointed compared to the rest of the series. The first two films are deliberate pieces of a complete saga while Part III feels like an afterthought, an extended epilogue rather than a true final chapter. Given the epic nature of the “Godfather” series, it’s particularly frustrating that it ends with a whimper. The elements of the film that do work are mostly retreads of things the previous movies have already done (i.e. the opera scene is basically the baptism scene from the first movie but twice as long and half as effective).  The whole Michael Corleone redemption tour doesn’t feel true to his character. Perhaps the significant time jump between Part II and Part III is to blame, but Michael undergoes a clear progression in the fir
Read more